To say that I have an addictive personality would be an understatement. I’m an artisan of onion-peeling, a devotee of the school of let’s get all the way under the covers and linger. I tend to burrow and dig until I reach a cool bottom — I’ve always been this way. An ardent patron of excess, I used to love and obsess until an object or an emotion has been wrung clean, until its face is unrecognizable. People have often called me “intense,” a woman who draws and re-draws crooked lines and then leaps over them, erases them.

Sounds exhausting, right? Yesterday, I spoke of age and how the years bring forth a certain peace. I’ve traded up my vices for more quieter pursuits simply for the fact that I don’t have the energy for televised melodramas, especially those of my own making. A hand that used to reach for a glassful of wine now rolls up socks and laces shoes.

My journey to strength continues to be auspicious, and I’ve discovered predlictions of which I never conceived existed. I remember the first time I stepped onto a megaformer machine {think Pilates machine with the volume turned up, way up}, holding on for dear life in fear of being propelled into the student two machines down. I left class bewildered, overwhelmed by a seemingly intricate system of pulleys and springs, and exercises whose names harkened back to agrarian times {e.g. wheelbarrow, donkey, etc}.

Yet, for some reason, I kept going back for more. I became consumed {or addicted} to having a primal relationship with my own body, much like yoga. While I love my TRX and bootcamp classes, there is something yogic about making slow, meticulous movements using your own body weight. There is something beautiful in a workout that invites you to remain still in movement, to be present. As a result, I find myself making the Odyssean trek to Brooklyn BodyBurn in Williamsburg — a trip that can take upwards of an hour if the L train decides to be a petulant child — all in the name of climbing onto a machine and feeling my body coming apart to only be rebuilt.

Did I mention that the studio is in Williamsburg? As such, I’ve been on the hunt for a worthy option, and many of my friends have recommended SLT (Strengthen, Lengthen, Tone). A studio in Soho? Consider my interest piqued. 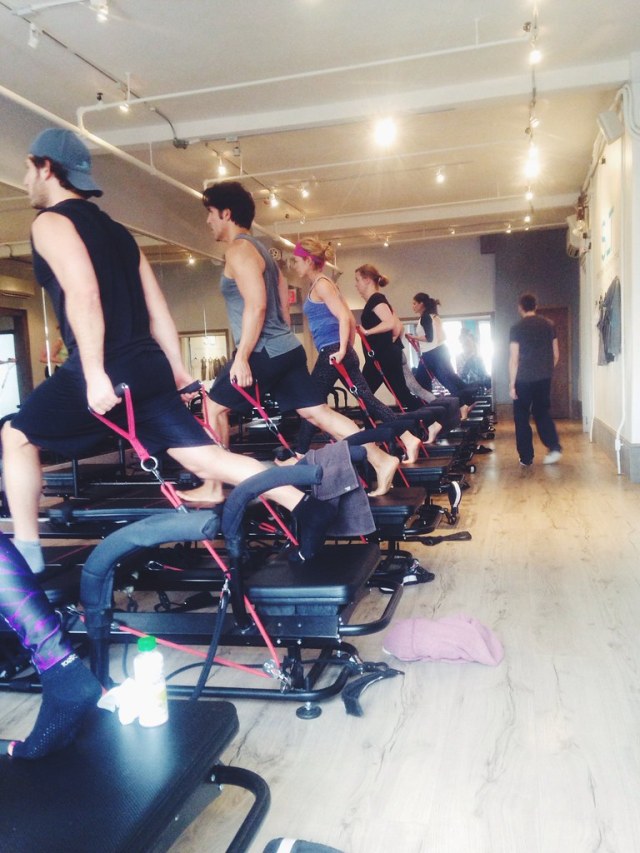 I’ll be candid and say that my first experience at SLT’s Soho space was not a positive one. I should preface this by saying that the class itself was stellar; the instructor expertly delivered the requisite burn of which I sought. However, my introduction to the space left my cold. An ambivalent receptionist, no warning that I’d walk off the elevator into a class in media res, and no actual tour of the space and machine overview {thankfully, I had the BBB experience or I’d be terrified}, my first impression of SLT was not a favorable one. I noted as such on Twitter, and I was thoroughly impressed by SLT’s sincere response. After exchanging a few thoughtful emails with their guest services team {where I made several lengthy recommendations for how their space can improve the first-timer experience}, I thought I’d give the space another go because sometimes a bad first impression shouldn’t mar an overall experience.

I’m delighted that I have an open and receptive mind because my follow-up visit was a fantastic one. From a marked change in reception {on my second visit I learned you can check in via the studio’s iPad} to a rumored deft instructor {I was lucky enough to take Jesse Coleman’s class, vouched for by Sweatpump on Rate Your Burn!}, I felt infinitely more excited for the experience.

AND IT. WAS. AWESOME.

Can we talk about how much Jesse Coleman rocked the casbah? Sweatpump was on the money with regard to his self-deprecating style, as he had me laughing during some rather cruel carriage lunges. Classes at SLT tend to be small {no more than 10 students, much like BBB}, which made for expert inspection and constant adjustments. The music was so on point {old and new school hip hop} and Jesse’s ebullient energy made for a fun experience, which served as a temporary distraction from the cruel plank to pike core work. I left exhilarated, and have already booked a follow-up class with my friend Megan, post-Dublin.

Now I only need another project {$$$} just to fund my very pricey megaformer addiction.

What to Know: I can’t speak for SLT Midtown {I’ve booked a class at this space for the first week in April, and I’ll report back}, but the Soho space is sparse. The elevators open directly into the space, and don’t be surprised if class is already in action. There are no showers, but there are two bathrooms with basic freshening-up amenities, so come prepared to sweat and don’t expect to roll directly to work after. I’d recommend bringing your own water as the space doesn’t have a refill station, but water is sold for $1/bottle. Also, I’d be proactive about approaching the teachers and sharing any injuries and asking for a demo of the megaformer prior to class starting. If you’ve never taken a megaformer class before, know that you will be completely lost and THAT IS OKAY. I got the hang of the machine and the exercises after my fourth class, but the burn is so worth it. I’ve never been so sore.

SLT vs. BBB: While it’s easy to compare SoulCycle + Flywheel as the Biggie/Tupac of spin, I can’t quite make the same allusion to SLT + BBB. Both spaces follow the same flow to a certain extent and many of the exercises are the same although the execution may vary by space and teacher. I will say that BBB is much more difficult than SLT, which is not to say that you won’t come down to your knees during warm-up at SLT {as I did}, but I never felt I would actually DIE during an SLT class, which is often my state at BBB. In short, you’ll get an extraordinary workout at SLT, but the muscle exhaustion is much more pronounced at BBB, likely due to the owner’s reputation for being the hardest instructor in NYC. 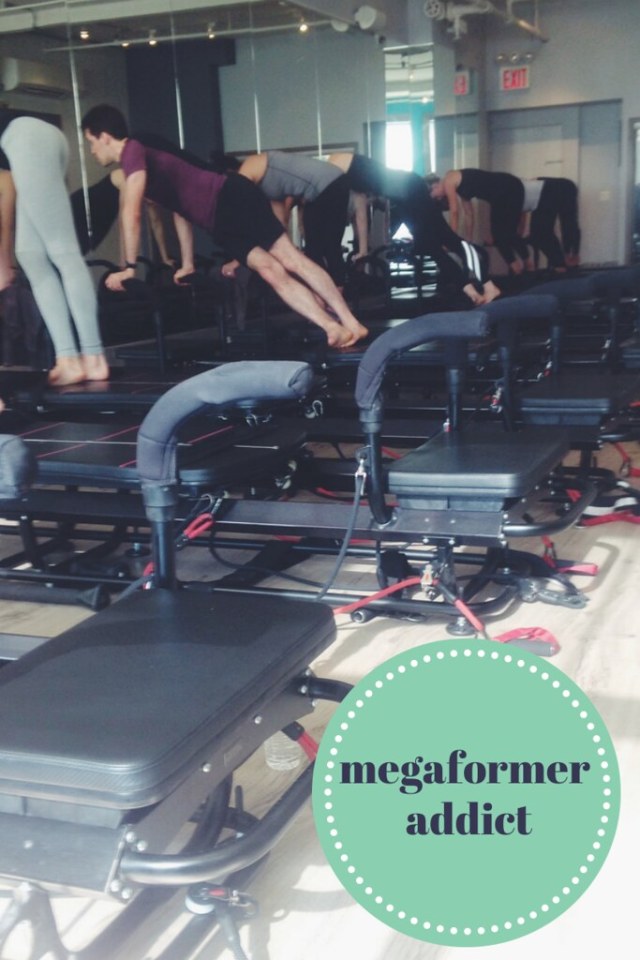 Greta is a pediatrician and a loving mother of two. Known as The Baker of the Winston sisters, Greta bakes bread in her free time. On Sundays, Greta visits her sisters to give them her “Bread of the Week,” so they can sample her week’s bake.