Anorexia is an eating disorder characterized by a distorted body image and extreme weight loss. It affects people of all ages, backgrounds, and genders, yet it continues to be misunderstood in society. It’s estimated that about 28 million Americans experience anorexia at least once. This blog post will explore what anorexia is, its symptoms, causes, treatments, and the impact it can have on those who suffer from it.

Anorexia is an eating disorder that involves restrictive eating patterns and excessive weight loss. People with anorexia have a distorted body image that leads them to perceive themselves as overweight even when they are dangerously thin. This leads them to adopt unhealthy behaviors such as severely restricting their caloric intake or exercising excessively to lose weight.

The symptoms of anorexia vary depending on the person, but common signs include dramatic weight loss, fear of gaining weight, preoccupation with food or calorie counting, and changes in activity level or social withdrawal. Other physical signs may include fatigue, dizziness, headaches, constipation, or bloating due to dehydration or malnutrition. However, one of the most overlooked physical symptoms of anorexia is oral damage.

Purging is a common behavior among people with anorexia, and it can seriously damage the mouth and teeth. This may include swollen gums, tender or bleeding gums, cracked lips, worn tooth enamel due to frequent vomiting, dry mouth due to dehydration, or cavities. This means that if you have anorexia, you need to visit your dentist more frequently. They can help deal with the damage caused by the disorder and even help diagnose it.

There are many risk factors associated with its development. Let’s take a look at some of the most common causes.

Research suggests that individuals with a family history of eating disorders or mental health disorders may be more likely to develop anorexia nervosa. This does not mean that if someone has a family member who has anorexia, they will produce it themselves; it simply means the risk factor is higher than it would be otherwise.

The prevalence of thin models and celebrities in the media can pressure people to conform to unrealistic body standards, particularly among adolescent girls, who are especially susceptible to these influences. Additionally, cultural norms surrounding food—such as restrictive diets, dieting habits, and comments about body shape or size—can contribute to disordered eating habits in some individuals.

Studies have found that certain socioeconomic groups are more likely to experience an eating disorder like anorexia nervosa than others. For example, wealthier white individuals tend to have higher rates of eating disorders compared to other demographics, suggesting that one’s access to resources plays a role in their susceptibility to developing disordered eating behaviors. 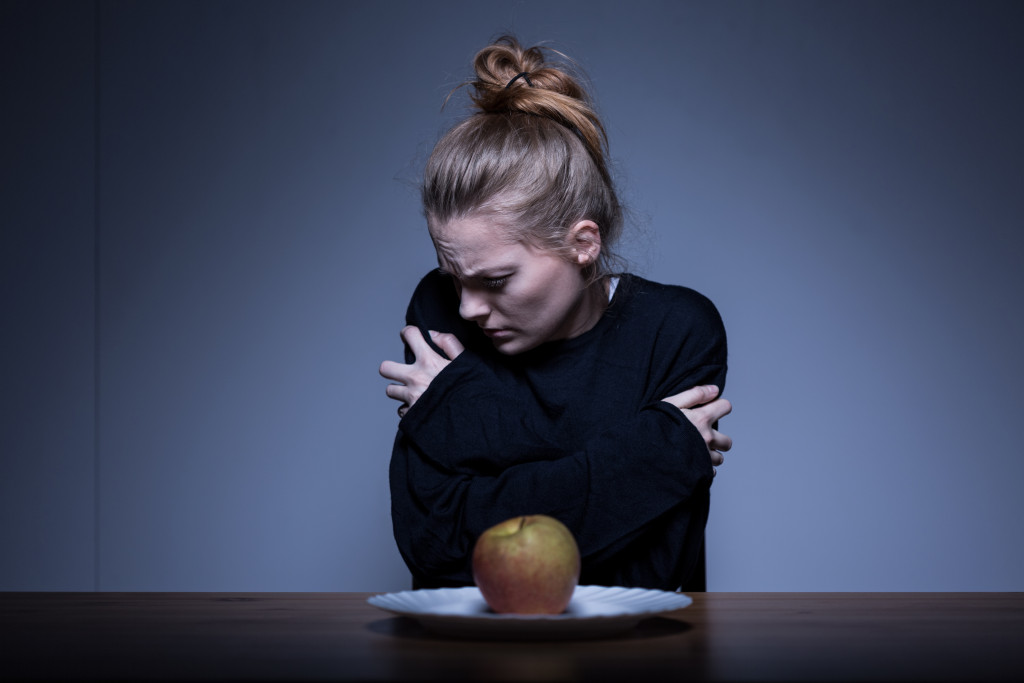 The goal of treatment for anorexia is to help the person gain back a healthy body weight while addressing any underlying psychological issues that may be contributing to the disorder. Here are some well-known treatments for anorexia.

Therapy is one of the most effective treatments for anorexia. Therapists use various techniques to help patients understand their underlying psychological issues and unhealthy thought patterns that lead to disordered eating behaviors.

Cognitive-behavioral therapy (CBT) is the most often used therapy for those suffering from anorexia. It focuses on identifying and changing negative thought patterns contributing to disordered eating habits. However, other types of therapy may also be used, such as family or group therapy, depending on the individual’s needs and situation.

Nutritional counseling can also help individuals develop healthy meal plans that meet their dietary needs while providing enjoyable meals that can be incorporated into daily life.

Medication may be prescribed in addition to other treatments, such as therapy or nutritional counseling. Commonly prescribed medications include antidepressants or antipsychotics which can help reduce symptoms such as depression or anxiety that may contribute to disordered eating behaviors. However, medication should always be taken under the supervision of a doctor and should not be used as a standalone treatment for anorexia nervosa.

Anorexia nervosa is a severe mental illness that affects people of all ages and backgrounds. If you know someone struggling with this disorder, it’s essential to provide them with support and understanding while encouraging them to seek professional help if needed. Remember that recovery from an eating disorder takes time, but with proper treatment, it’s possible for those affected by anorexia to reclaim their sense of self-worth and find peace within themselves once again.